The Upcoming Vija Celmins Retrospective at SFMoMA is Not To Be Missed!

There are very few women artists who easily gained access to the créme of the 1960s American art world largely dominated by (white) men, and one of them certainly was Vija Celmins. From her early representational photorealistic paintings and pop-inspired sculptures, through the 1970s graphite pencil drawings and painted stones, to works which balanced between the abstract and the photorealistic in the 1980s onward and the more recent spider web and blackboard works in 2000s, this artist created an astonishing, slightly mysterious and above all allegorical body of work.

The San Francisco Museum of Modern Art decided to host a vast retrospective of her work, titled Vija Celmins: To Fix the Image in Memory in order to properly interpret the domains of her artistic practice.

The Domains of Vija Celmins

A Latvian-American artist, Vija Celmins started her career in Los Angeles, where she quickly became one of the rare 1960s female artists to be recognized by the art scene. Two decades later, as an established artist she moved to New York where she continued creating. Although Celmins never stylistically oriented her own practice towards any particular group or movement, she managed to construct a unique aesthetic by embracing specific materials and technique, focusing on detail and subtlety.

Almost one hundred and fifty works produced throughout more than four decades of Celmins’s career will be shown, and presented in eight chronological segments such as studio objects, disaster works, oceanscapes, lunar drawings, desert floors, night skies, and spider webs, as well as recent works.

This exhibition will be an extensive survey of entire oeuvre of Vija Celmins and will show how masterfully the artist combined different media spanning from paintings and photographs, drawings in graphite and sculptures. In regards to that, Gary Garrels, Elise S. Haas Senior Curator of Painting and Sculpture at SFMOMA stated:

For more than 50 years, Celmins has sustained an extraordinary career, pursuing a unique vision using familiar subjects as a foundation for an intensive studio practice and exquisite, intimate compositions. This exhibition is an exciting culmination of more than 10 years working closely with the artist.

Vija Celmins: To Fix the Image in Memory will be on display at SFMOMA from 15 December 2018 until 31 March 2019. In order to get you familiarized with the exhibition, we decided to present you the list of seven mentioned segments which will be briefly described.

Editors’ Tip: Vija Celmins: To Fix the Image in Memory

The first major publication on the artist in twenty years to mark Vija Celmins' retrospective at the SFMoMA - San Francisco Museum of Modern Art in 2018, this comprehensive and lavishly illustrated volume explores the full range of Celmins’s work produced since the 1960s—drawings and paintings as well as sculpture and prints. Scholarly essays, a narrative chronology, and a selection of excerpts from interviews with the artist illuminate her methods and techniques; survey her early years in Los Angeles, where she was part of a circle that included James Turrell and Ken Price; and trace the development of her work after she moved to New York City and befriended figures such as Robert Gober and Richard Serra.

In the mid-1960s at Venice Beach in Los Angeles, Vija Celmins started photographing the ocean which quickly became the central motif of her work during the following ten years. The images on display are an effect of different strokes and marks; the artist made the highlights by leaving some portions of the paper visible. Interestingly so, the ocean remained a recurrent motif for Celmins so she repeatedly used it throughout her entire oeuvre. The artist once stated:

I tend to do images over and over again because each one has a different tone, slant, a different relationship to the plane, and so a different meaning.

This Celmins series on view at SFMoMA stands out among the works of a number of her peers back in the mid-1960s who intensively used color, since she often used the gray palette. Namely, in 1964 the artist made a series of still lifes of objects from her studio aiming to "redescribe" them. The work Envelope is a very good example of how Celmins managed to cleans the composition of any narrative and to explore the very meaning of what is represented. That idea is further extended with her sculptures or objects from her studio such as an oversized comb inspired by René Magritte’s Personal Values from 1952.

Around the same time as the previous one, the Disaster Objects series was produced. As an effect of childhood memories of the Soviet invasion of her homeland Latvia, the Vietnam War, and associated protests, Vija Celmins started collecting clippings of war imagery from the press and books. These images were often used by the artist and are present as early as in the works such as Suspended Plane from 1966, and then two years later in a series of small-scale graphite drawings.

The following series was produced by Celmins in the early 1970s when she started hitchhiking to deserts in California, northern Arizona, and New Mexico. The artist was very much moved with the landscape, so she took photographs of the desert floor while collecting astronomical photographs of galaxies, and that is how this series of drawings of both subjects was released. The main highlight of this segment is a work titled To Fix the Image in Memory I–XI (1977-82), from which the exhibition subtitle comes. It is a photograph of eleven pairs of found stones and their bronze casts, whose surfaces were fastidiously painted.

The following segment will encompass the works made in the early 1990s, when Celmins became fascinated with the night sky. The work Night Sky #16 (2000–1) is perhaps the most complex from the series since it was made after twenty layers of paint were sanded off and reworked; in order to achieve the density of the surface, the artist used ivory blacks mixed with burnt umber, ultramarine blue or bits of white. The stars effect was achieved with tiny drops of liquid rubber that were sanded off as layers built up.

Around the same time Celmins began depicting the night sky, she made a single painting of a spider web based on an image she found in a scientific text in a used bookstore. However, she returned to this particular motif years later in the paint, in charcoal or combined in charcoal and graphite. This segment explores Celmins' adornment of this motif, which is present in her work off and on for the next eight years.

The last exhibition segment will display Vija Celmins’s recent projects. Namely, throughout the last twenty years, the artist has released more open works, using the resurrection of the older motifs such as night skies or the gun (from her Disaster Works) to new paintings based on found objects such as Japanese Book (2007–8).

In this segment, the audience can see images of objects from her studio (close-ups of shell fragments, pieces of porcelain, etc), as well as works which reflect an interest in memory and the passage of time. During the late 1990s, Celmins started collecting children’s slate blackboards, so she engaged a sculptor and furniture maker to produce duplicates of some of the tablets, which were then painted to replicate the originals as closely as possible (as in the work Blackboard Tableau #1 (2007–10). 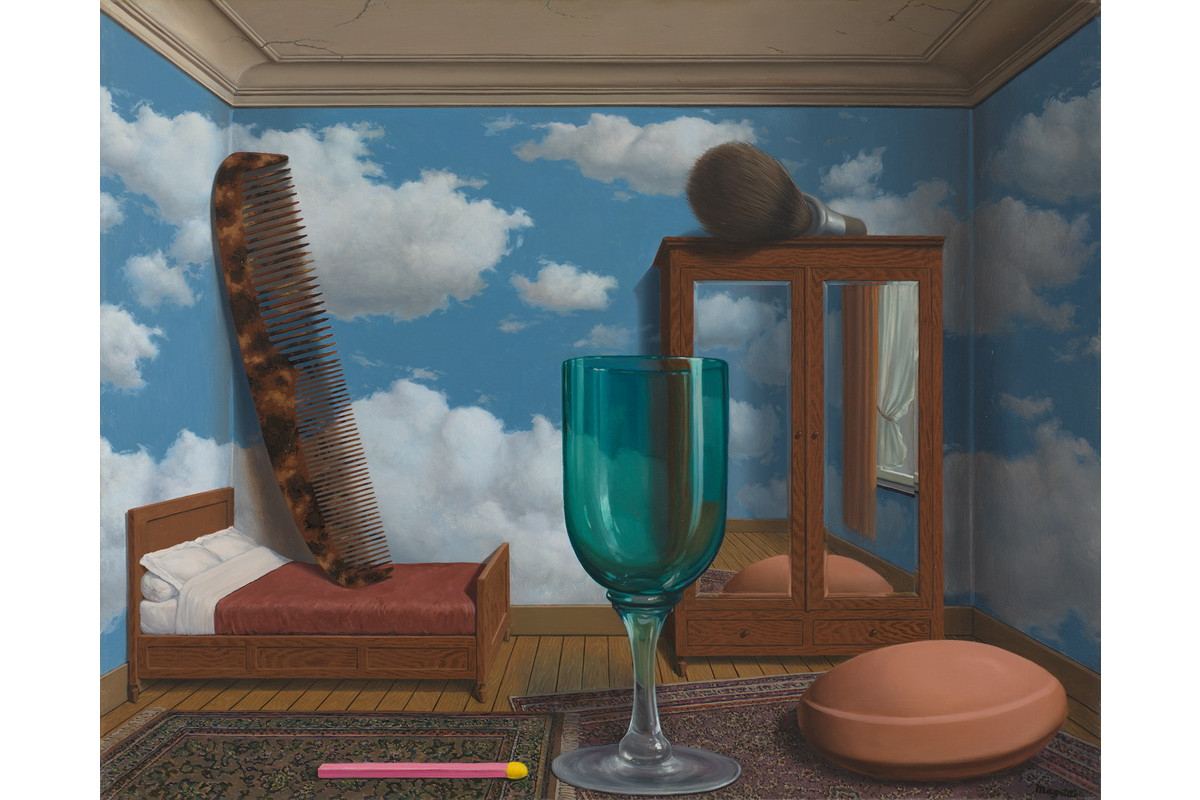 The San Francisco Museum of Modern Art is about to open a grand retrospective of the late works of Rene Magritte, one of the iconic figures of Surrealism. 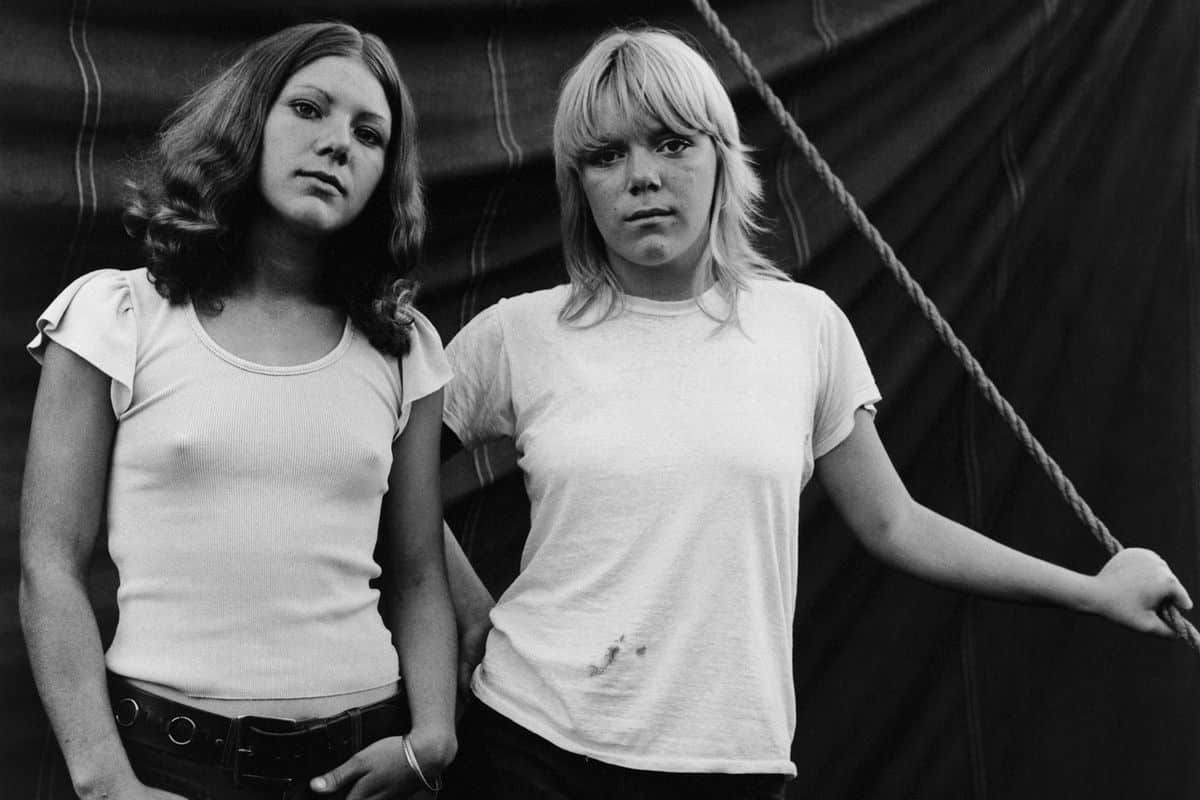 Looking back on four decades of work by Susan Meiselas, the exhibition at Jeu de Paume highlights her prolific photographic journey. 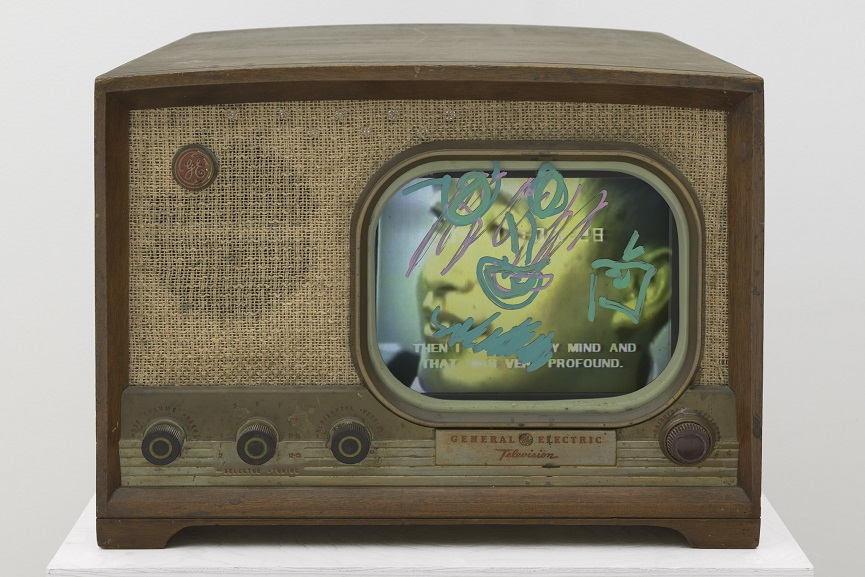 The selection of Nam June Paik work exhibited at SFMoMA under the title In Character spans his early Fluxus activity to final autobiographical pieces.