It was a series of art news that marked the week behind us, in spite of all the art fairs and exhibitions, both ongoing and coming our way in the next few weeks. The most popular among them was a rather surprising collaboration between one Justin Bieber and street artist Retna, who designed cover art of the singer’s latest album. While Justin Bieber’s fans scream in excitement for any little thing the singer does, Retna’s admirers responded to the news with quite mixed reactions, which were not all that related to the artwork itself, but to its... er, subject. Or the idea in general, perhaps.

Scrolling down, you will also see two more of puzzling headlines, such as “Renoir Sucks at Painting” or “Migrant Crisis-Inspired Fashion Editorial”. I think I’ll just let you discover what that’s all about yourself, and believe me, you won’t be disappointed. Finally, on a more serious, artistic note, we have an exhibition of artist Mist coming up at the newly opened David Bloch Gallery in Marrakech, Morocco and a list of some amazing Latin American ladies who make some remarkable street art. No nudity this week, can you imagine?

Scroll down to see the highlights of the week between October 5th and 11th.

Justin Bieber reveals the cover of his new album, due to come out on November 13th! Now, this news would be very much irrelevant to our readers if there weren’t for a famous artist who designed it. In this particular case, it’s Marquis Lewis, whom you probably know better as Retna, an LA-based calligraphy artist. In an unusual turn of events, the two teamed up to create the cover of the singer’s long-awaited album, entitled Purpose, and even the way this collaboration was announced was kinda artsy. Followed by hashtags #retna, #purpose and #5weeks, as a countdown until the album is released, the image caused a lot of uproar among Justin Bieber fans, who are more than in love with the artwork, while Retna’s admirers received the news with mixed reactions.

Okay, this is ridiculous. Hungarian photographer Norbert Baksa has created a series of photographs and named it Der Migrant, to show us his view of the whole refugee crisis, in which Hungary has an important, but not praiseworthy role. Thanks, Norbert, but no thanks, you really shouldn’t have bothered. What is going on? Young and beautiful (and semi-nude) model Monika Jablonczky is posing as a refugee in front of barb wire. Now, Norbert Baksa is claiming that he just presented things that he has seen, yet, I’m still unable to find where did he see bare-breasted refugee that is taking selfie in front of the newly erected barb-wired wall. After the public all around Europe had reacted angrily, Baksa issued a statement, claiming that he only wanted to “draw the attention to the problem and make people think about it.” Lovely.

For images, head over to Spread by Hungarian Photographer Norbert Baksa on Migrant Crisis Which Has Outraged the Public

On Monday, October 5, the Renoir Suck at Painting movement organized a public protest in front of the Museum of Fine Art in Boston. The protestors demanded the museum remove Renoir paintings from the walls! Anti-Renoir protestors had signs that said: “God Hates Renoir”, “reNOir”, “Take ’em down! Renoir Sucks”, “Aesthetic Terrorism” and others. Maybe we should mention that among Renoir’s painting exhibited at the museum is famous Dance at Boufival from 1883. The protest itself was organized by Max Geller, creator of the Instagram account Renoir Sucks at Painting, and apparently the informal leader of the movement. This new movement has one clear goal: Auguste Renoir was a terrible artist, and his works should be removed from the museums. As Geller said to the Guardian: The decision to hang Renoir by the Museum of Fine Arts when there are literal masterpieces by true masters in museum storage represents an act of aesthetic terrorism. The Museum of Fine Art in Boston hasn’t made any public statements for the moment.

After the successful Sensitive Eye exhibition dedicated to op art, kinetic and architectural art, David Bloch Gallery in Marrakech will be the proud host of the Into the Wild exhibition by the French artist Mist. It will be the third time for Mist to exhibit his works in a solo show in Marrakech, and it comes as no surprise considering that he is one of the resident artists of the gallery since its founding in 2010. Just as the title of the show suggests, during this show Mist will present the works that go back to his initial and everlasting inspiration of the “wildstyle” graffiti technique showing why he is rightfully referred to as one of the best European graffiti writers in the field. Into the Wild exhibition is a celebration of Mist’s signature style that came to define his art practice over the years, whether it is his painting works or toy designs and sculptures.

Shaking off its turbulent past and dark history of drug cartels, paramilitaries and violence, Colombia and many other countries of South America have become centers of vibrant street art. Argentina, Brazil, Chile, Peru and Puerto Rico are just some of the countries that have been adorned with amazing urban and street art, forming a uniquely vivid and diversified scene of South American street art. In countries with many social political issues and struggles of the people, it is art that alleviates the suffering and transcends the hardships we must go through. For these and other reasons, Latin America has had a flourishing scene of prominent and underground young artists who embellished the streets of the cities they live in. Recently, we’ve compiled a list of ten best South American urban artists, but now, we turn our focus on their female counterparts.

For more art, sign up for My Widewalls today! It's free! 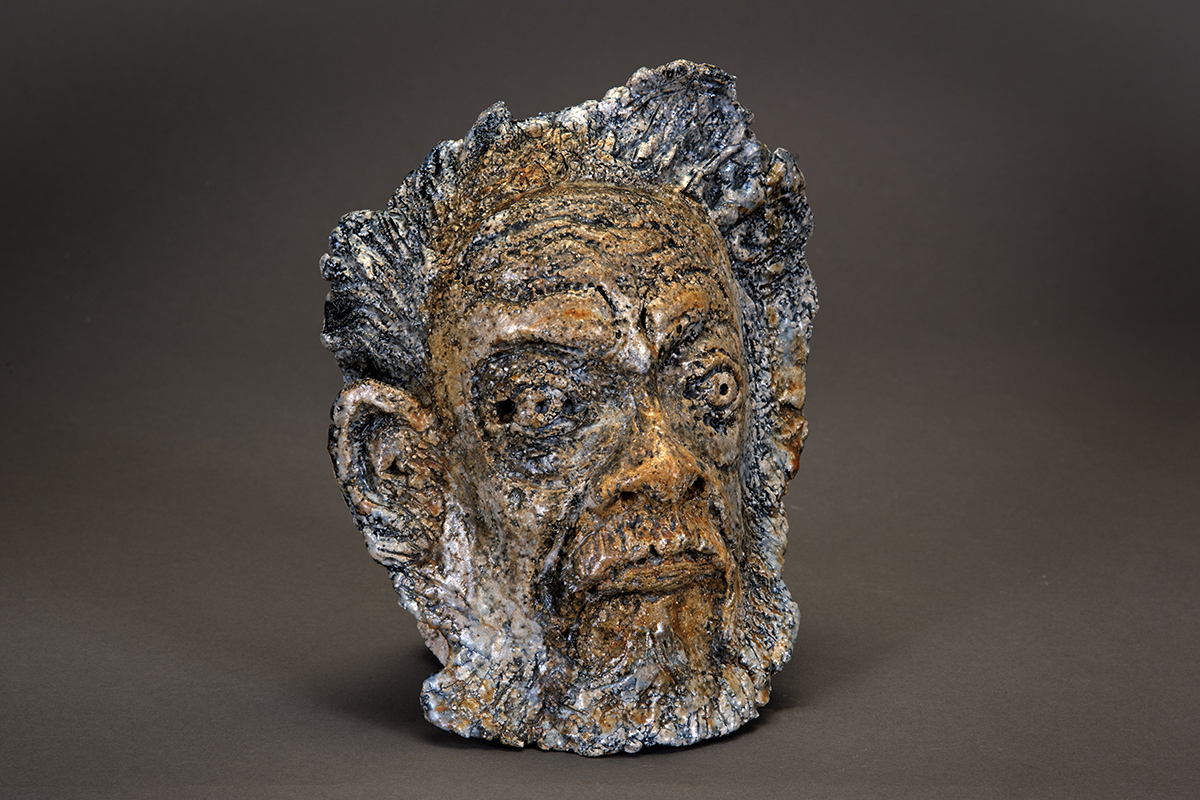 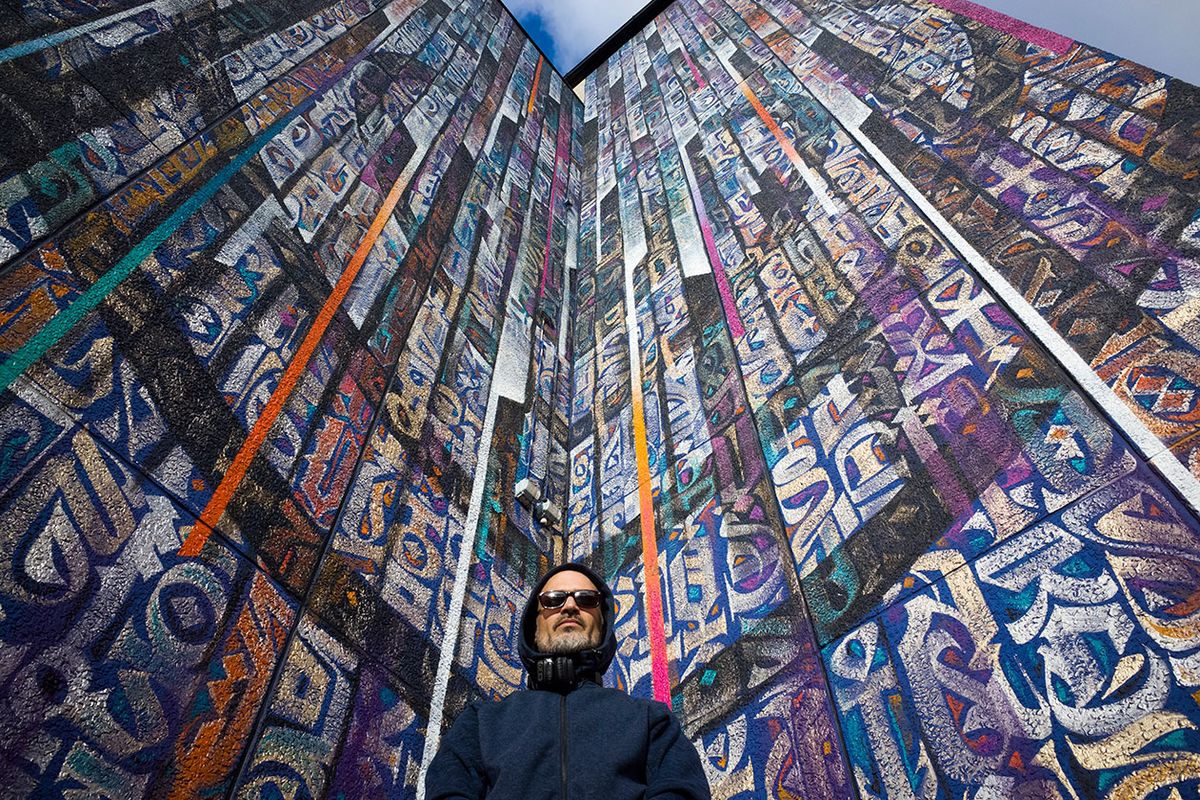