Tribute to B. Noorda and B. Munari / Dance of Shiva 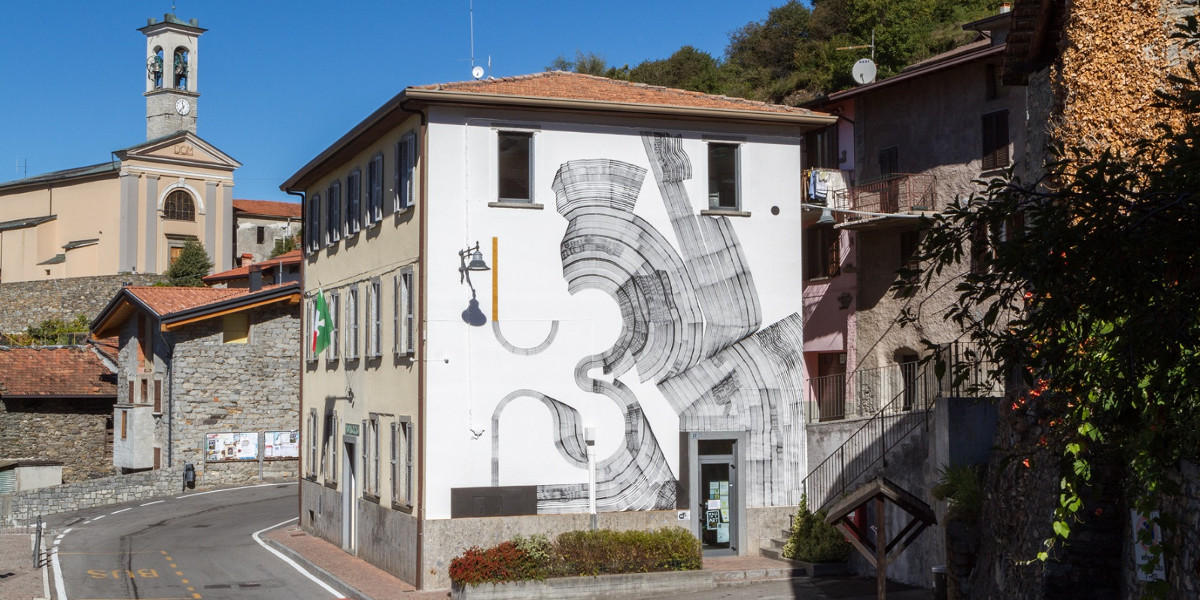 2501 made the murals Tribute to B. Noorda and B. Munari / Dance of Shiva and Pizzo Badile/Concarena e pare quasi d’esser buoni on two walls facing each other in the city hall square of Paspardo, a little town in the heart of UNESCO Site N.94, the largest protected archeological area of Camonica Valley. 2501 worked on the concepts of dualism and decomposition/compenetration of the forms. Starting from the Camunian rose, one of the oldest rock carvings of Camonica Valley, on the wall of the City Hall, he reaches an extreme stylization that marks continuity with artists and designers such as B. Munari and B. Noorda and that, in its purity and movement, seems to emanate light. On the other wall, two circles intersect evoking Concarena and Pizzo Badile, the two sacred mountains of Camunian people and the duality of fullness/void, male/female, light/shadow, prehistoric/contemporary. The murals were executed during the second edition of Wall in Art, along with Gaia and Ozmo, who directed the entire project.