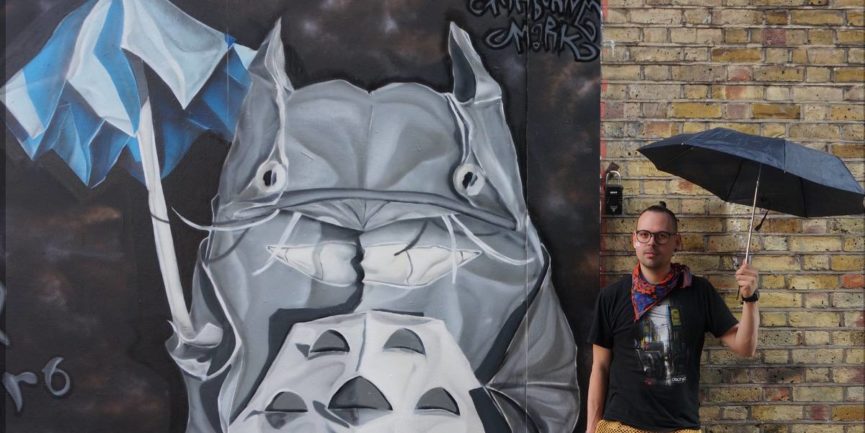 From Origami to Graffiti

If you live in London, there’s a good chance you’ve seen some unusual street pieces representing paper creations popping up every now and then – the man responsible for these murals is no other than Airborne Mike. The newest addition to London’s portfolio is a mural called My Neighbour Totoro, an adorable small creature based on a renowned Japanese character from an anime classic with the same name. As usual, Airborne Mike first makes an origami piece and then makes it’s transition onto a wall. Besides Airborne’s already proven skill, credits should also go to Robin Glynn for design and Jo Nakashima for instructions. My Neighbour Totoro can be found in Camden, London, UK.