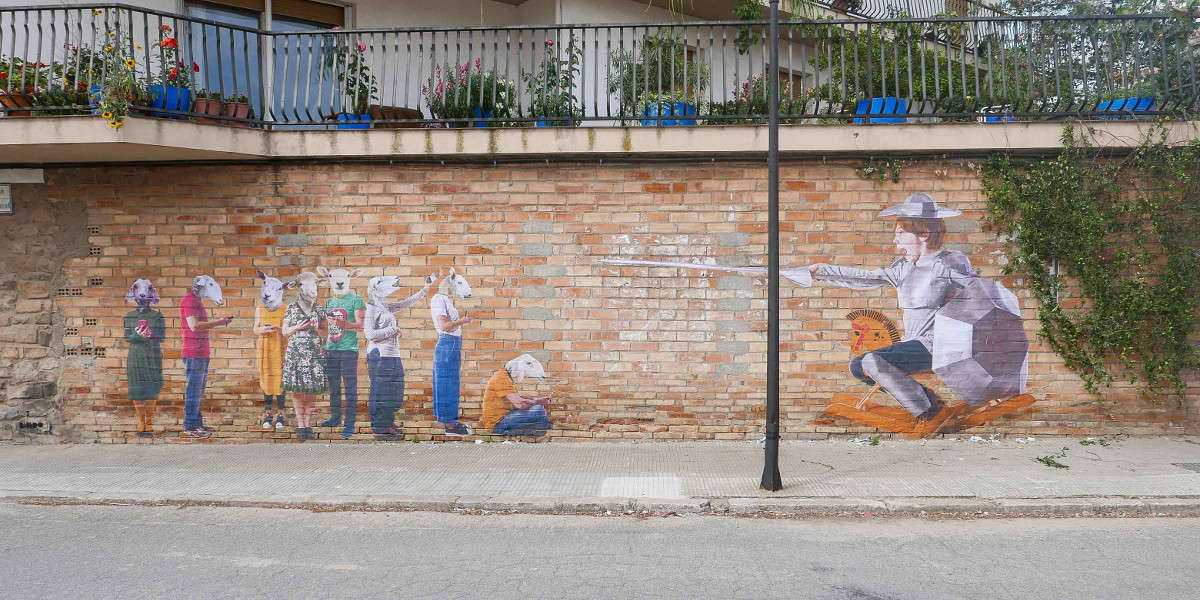 When Dreams Fight the Banality of the World

Bifido was invited to come to Penelles, a small village in Catalonia, by Gar Gar Festival. There he did a wall thinking about one of the most significant books in the history - The Ingenious Gentleman Don Quixote of La Mancha. Similarly to the main character of the book, the magnificent Don Quixote, and his fight against the sheep (he thought it was a large army), Bifido also takes on an opponent much stronger than himself. His hero is a child who's fighting the contemporary man and his obsession and never-ending use of the smartphone. The child is bravely charging forward, representing the power of dreams against the banality of the world.

All Murals by Bifido