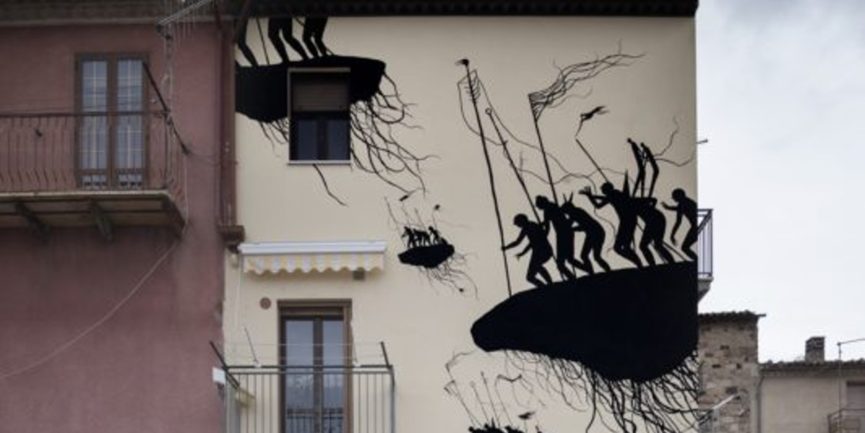 Widely known for his large-scale, black and white murals, Spanish artist David de la Mano painted a new piece during the CVTà Street Fest in the neighborhood of Civitacampomarano, Italy. The wall of a large building in a tiny village in the Italian province of Campobasso became a canvas for David’s signature shadowy subjects. For this occasion, the artist depicted the army of tiny black characters who are using pieces of land as their makeshift boats.