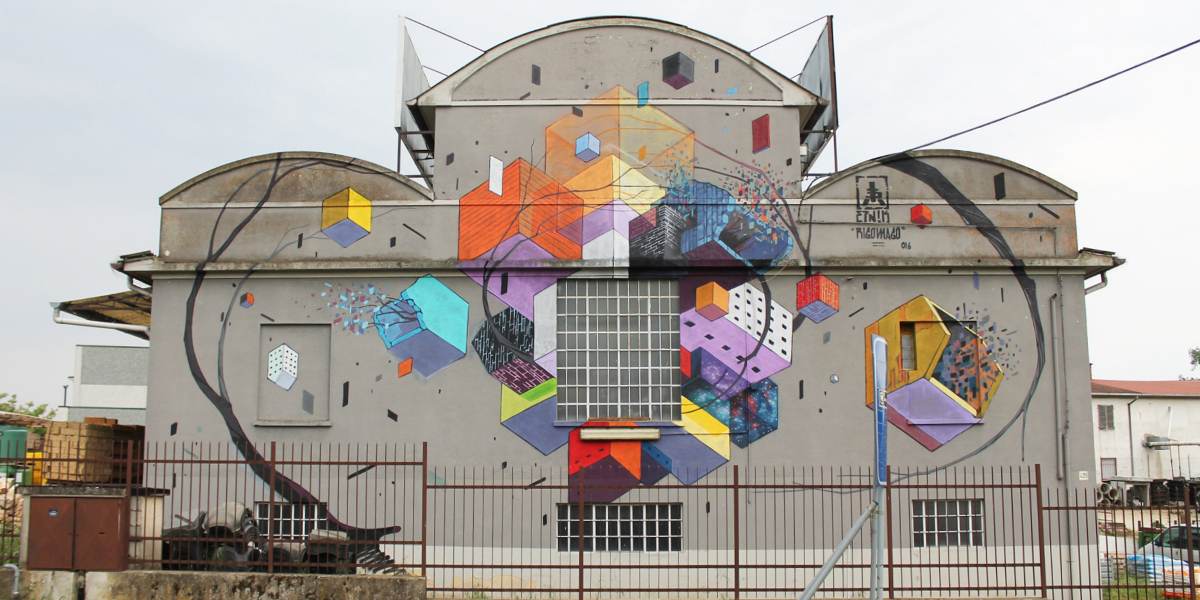 Etnik painted a mural for the FallOut Walls festival in Italy

Italian-Swedish artist Etnik, whose name is Alessandro Battisti, painted a mural at the FallOut Walls festival in a small village of Trino, near the city of Torino in Italy. FallOut Walls is the first urban and street art event in this area of Italy. The main goal of the festival was to create an urban museum of graffiti and murals. Etnik, a talented muralist, contributed this cause with his mural Rigomago. The name was taken from the original historical name of the city of Trino, from the Roman times. Etnik used his spectacular geometrical shapes to adorn the facade of the old building.

All Murals by Etnik