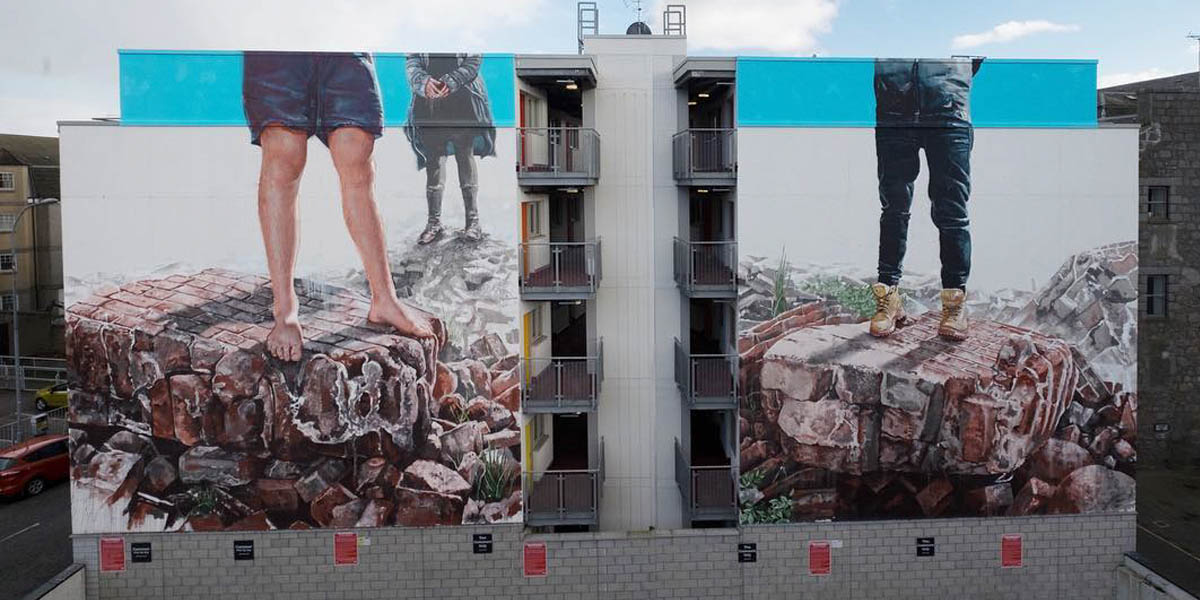 Australian artist Fintan Magee has painted a new mural for the Nuart Aberdeen festival, entitled "The Broken Wall", which tackles the theme of Trump's golf course in that town and its negative impact.
Here are the artists thoughts on the subject:

In 2008 the Scottish government approved a Donald Trump Golf Course in Aberdeenshire, Scotland. The Development has been a disaster, destroying hundreds of acres of sand dunes and pristine natural coastline while forcing locals off their land and delivering only 98 of the 6000 jobs Trump promised to the local economy. Trump also ended up in a public battle with a number of the local farmers who refused to sell their land, claiming the farmer’s homes were ‘slum like’ and would spoil the view from his hotel he regularly cut off their water and electricity and eventually built and wall and row trees around the homes blocking their views. People in Aberdeen now fly Mexican flags around the golf course to protest trump and his actions.

This mural painted in the Aberdeen city centre depicts three locals standing on top of a broken wall. Painted in the context of the Trump Presidency, Brexit and the rise of Le pen and other far right figures in Europe this piece acts as a protest against Trumpism and those who wish to build walls and divide us.

All Murals by Fintan Magee