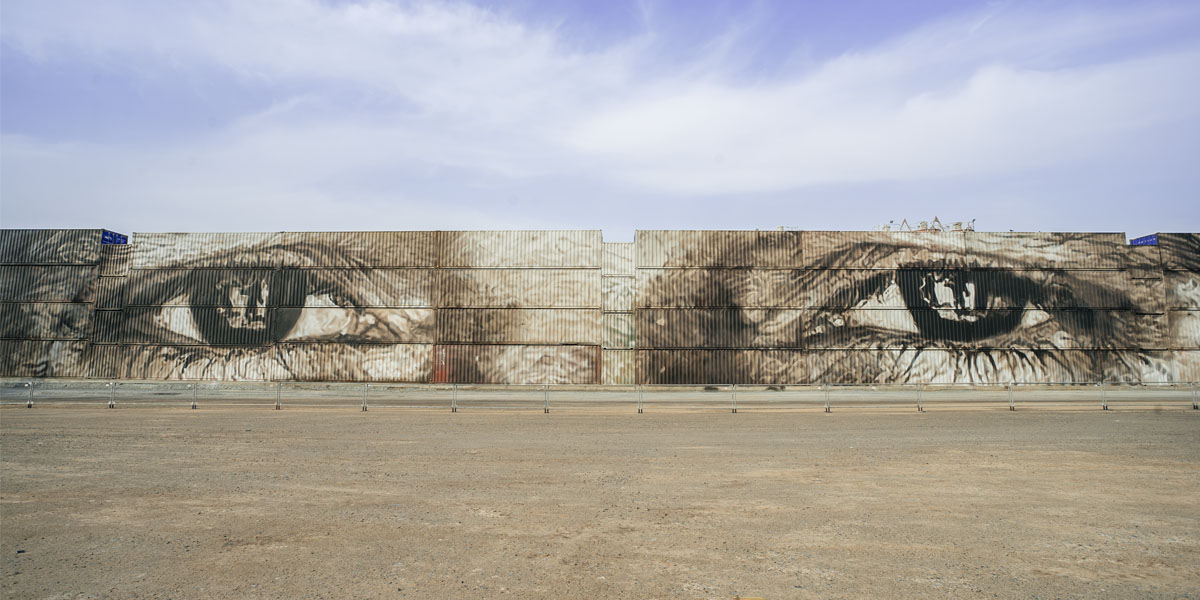 Guido van Helten's latest project made with Selina Miles, a film maker from Australia, and Red Bull Curates, is an astounding mural measuring 135 metres in lenght and is 12 metres high. The mural was painted on shipping containers, out of formation and later rearranged with cranes into its final form. Guido found inspiration for this work when he came across a man working near the site, in his own words:

"One of the young guys, probably about my age, was shy when I took a photo of him, but I saw honesty in his eyes and that’s what I liked about it. These people are honest, hardworking people and I had many images to work from but a lot of them weren’t that suited to the space and I can’t really explain much better than that. It’s based on feeling some sort of soul."

The artwork will remain on permanent display at Autism Rocks Arena near Dubai Outlet Mall, on Al Ain Road, Dubai.

All Murals by Guido van Helten