Pania of the Reef 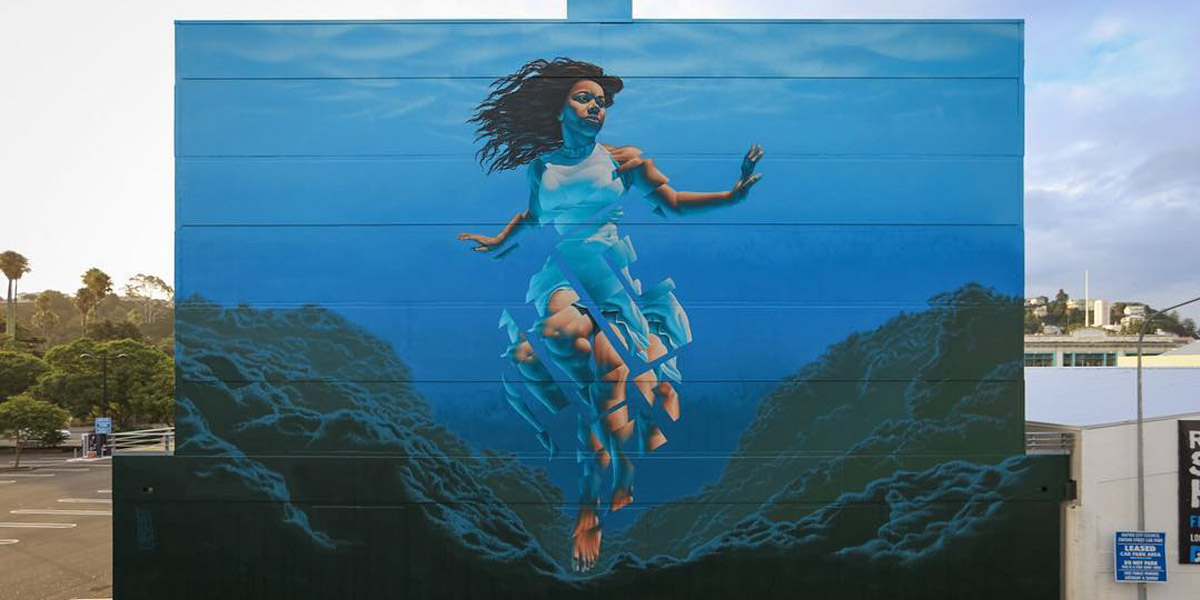 James Bullough just finished an amazing mural for PangeaSeed Foundation, Sea Walls: Artists for Oceans. The mural, entitled "Pania of the Reef", done in Napier, New Zealand tackles the themes of the rising acidity levels of oceans, which in turn destroy the ocean's ecosystems.

Read the story behind the mural from the artist himself:

'Pania' is the legendary protector of the reef in local Maori folklore and is believed to live in the waters off the coast of Napier, the city where I painted her portrait. I had the great honor of meeting with some of Pania's direct descendants in the city of Napier and other local Maori historians and speak with them about the best way to depict Pania and tell her story through my mural. In working with Pangeaseed Foundation and the Sea Walls project on this mural, it was also my honor to highlight the pressing ocean conservation issue of Acidification. Due to man made climate concerns, specifically the raising CO2 levels in our atmosphere, the acidity levels of our oceans have risen and continue to rise at alarming rates killing our reefs and the delicate ecosystems around them worldwide. To illustrate this I have depicted Pania floating defiant and hopeful over her reef despite the fact that it is void of all life and she herself is dissolving from the dangerously high acid levels.

All Murals by James Bullough