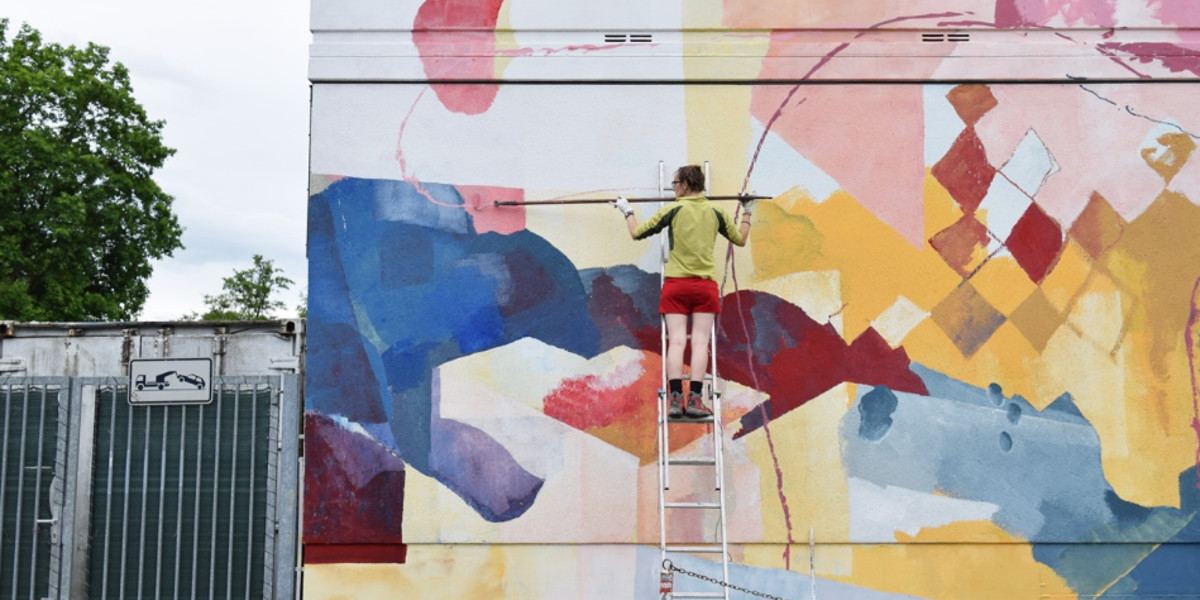 Colorful Shapes and Forms from Mundinger

Johannes Mundinger painted an impressive mural titled Between Stopovers, creating it alongside Sophia Hirsch. The artist explains the meaning behind this colorful piece: The identity of a city is shaped by its citizens and it's an ever-changing process. Beaten paths, illegal sheds, wheat pasting or graffiti reveal the spirit of a city, but are being replaced by those commercialized 'non-places'. These sites which we often only experience as stopovers are usually built in a specific architecture that reflects a certain idea of society. The designs of these spaces and what they symbolize is the starting point of our work. With 'Between Stopovers' we are focusing on the aesthetics of these 'non-places', trying to listen to what they have to say about the cities of today and tomorrow. This mural can be found near the Club Voltaire in Kehl, Germany.

All Murals by Johannes Mundinger