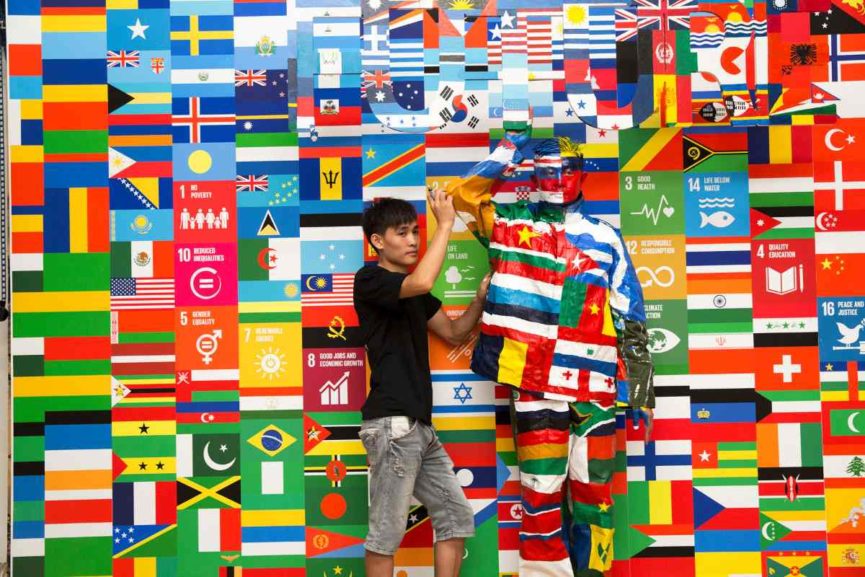 In Liu’s latest piece created in his Beijing studio, the artist places himself against 193 flags representing all the UN’s member states, who will unite to adopt the Global Goals. Liu Bolin created The Future as a support to UN’s Global Goals – the sequel to the Millennium Development Goals, whose aim is, besides the above noted goals, to tackle global climate change by 2030. This symbolic artwork aims to make people think about the sustainable future of humanity.