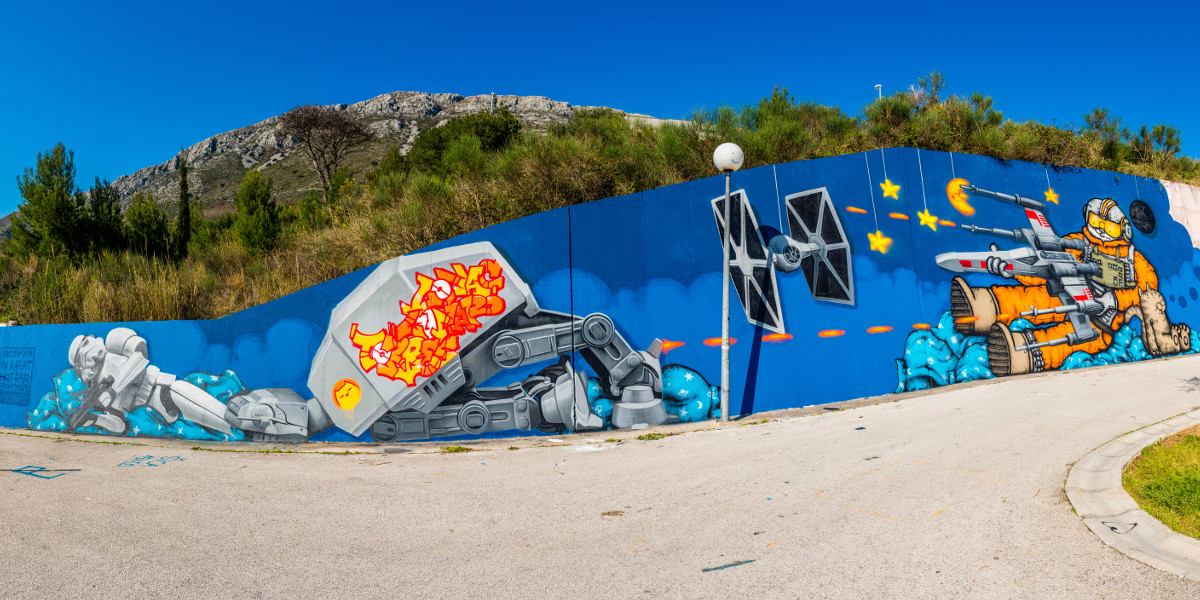 Dreams of a Small Cat

An amazing piece emerged from the first ever collaboration of two Croatian street artist, Lonac and Lunar. Rising above the city of Dubrovnik, this charming mural titled Once upon a time in a flat not far from yours is filled with the artists' favorite Star Wars imagery. The title of the piece is taken from the original movie intro "Once upon a time in a galaxy far far away...".

Speaking about the mural, Lunar stated: "Tomislav Rugole Torres invited us to Dubrovnik - he had a wall that needed to be painted and I was thrilled to do it, and since Lonac and I have been discussing our first joint mural, Torres happily made it happen in Dubrovnik. The Star Wars motive came pretty spontaneously.

Our mural depicts a small cat sleeping and dreaming. His dream is overlapping with reality because Star Wars are also a favorite of the younger kids, especially since the new episodes. The little cat`s father is wearing an X-wing pilot suit - the X-wing being one of the most fascinating aircraft in the movies - as well as the highly recognizable yellow visor on the helmet. He is holding the X-wing almost like a gun or a console and shooting lasers at the TIE fighter and AT-AT transporters. In the background, we can see a knocked down Storm Trooper. All objects are lying down or sitting on pillows with simplified space motives, and the objects hanging from the ceiling are tied with strings, which makes it look like kids` rooms, especially since the whole space features a personified moon and stars (along with the TIE fighter and the Death Star)."