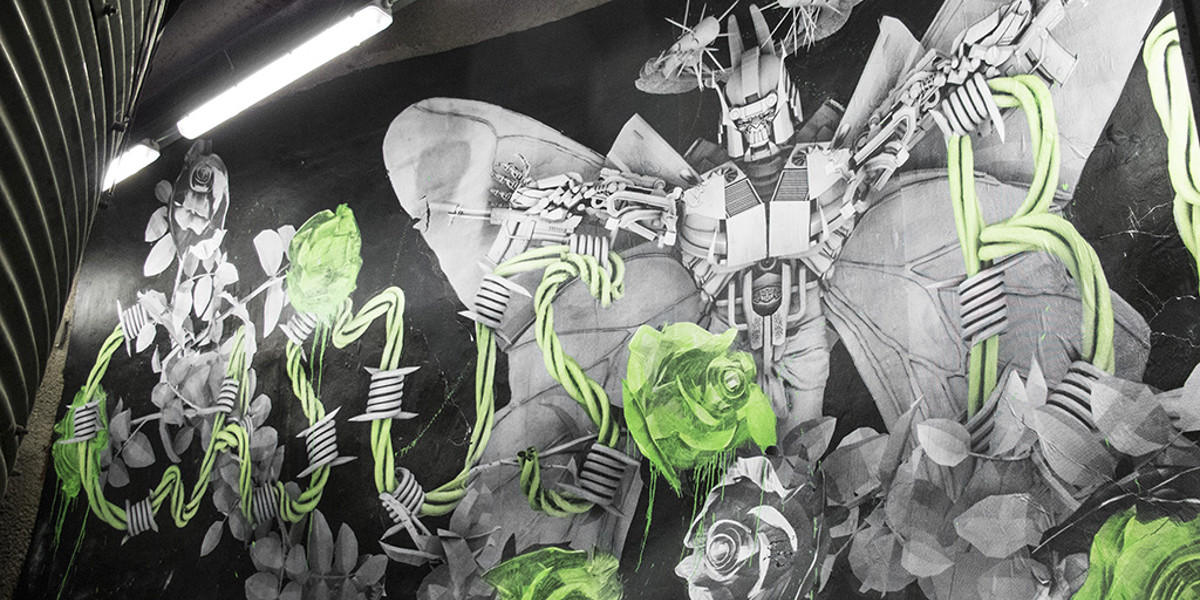 Art as a Dialogue

Ludo, a French artist, recently came back from Shanghai and stopped in Italy on his way to Paris. Inspired by two Latin quotes about a war, he painted two new pieces in a tunnel between Turin and Lyon. In artist’s own words: “Last July, in Italy, I was invited to work on two installations in the heart of the earth, 1km under the ground level and 3km deep inside. Based on two very famous Latin quote about war; Dulce Bellum Inexpertis [War is sweet for those who haven’t experienced it] and Casus Belli [An act or event that provokes or is used to justify war], these pieces are an open dialogue. The fight for a better world, for what we believe the best, is sometimes the worst. Where is the right balance in between progress and traditions? Also located in a very controversial location of Italy, the famous tunnel under construction in between Turin and Lyon, my wish was to make my own experience, no political or economical, but to meet the people and bring my art as a dialogue, not a judgment against or pro. On top of traditional painting mediums, the pieces stay inside 3 months before being unveiled. The effect of time, extreme conditions of the place and natural elements became part of the installation.”