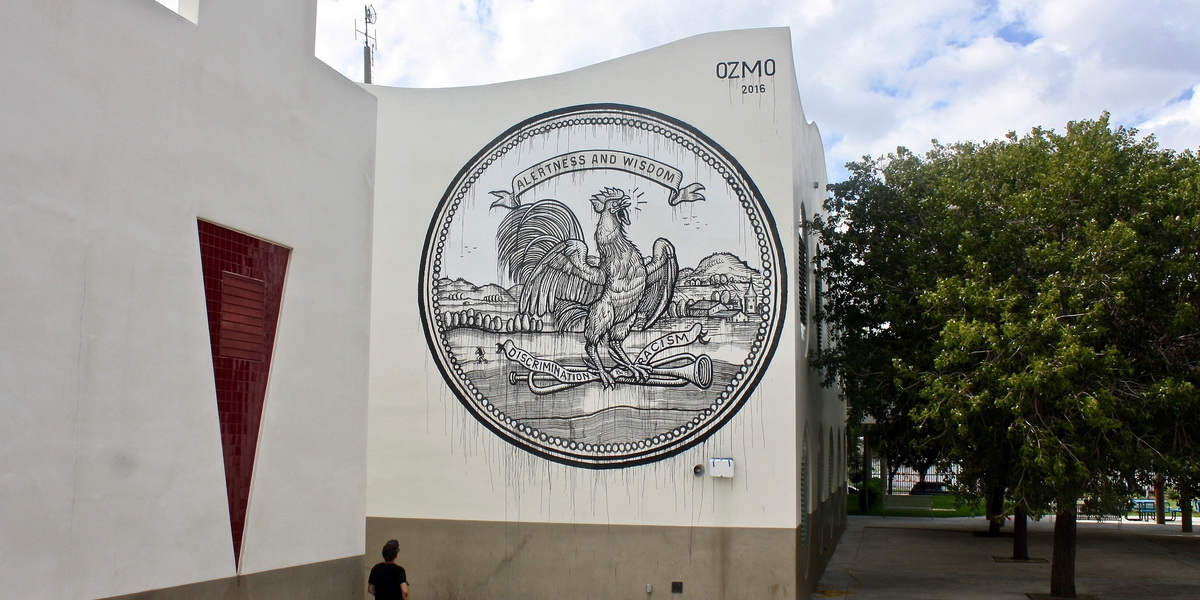 Italian street artist Ozmo has been interested in releasing socially engaged artwork, so his latest intervention is just an extension of that agenda. Namely, the mural in the Eneida elementary school in Miami was a chance for the artist to work using the rooster’s image over a trumpet in a neighborhood filled with Caribbean immigrants. The rooster is a symbol of vigilance and wisdom in the Early Modern Emblems and at once a traditional reference for the Caribbean tradition. Standing over a trumpet, saying “alertness and wisdom’, it warns us about racism, discrimination and fears.

This piece was realized within The RAW Project, a Miami-based grassroots effort, aimed at improving schools through urban art and community engagement.