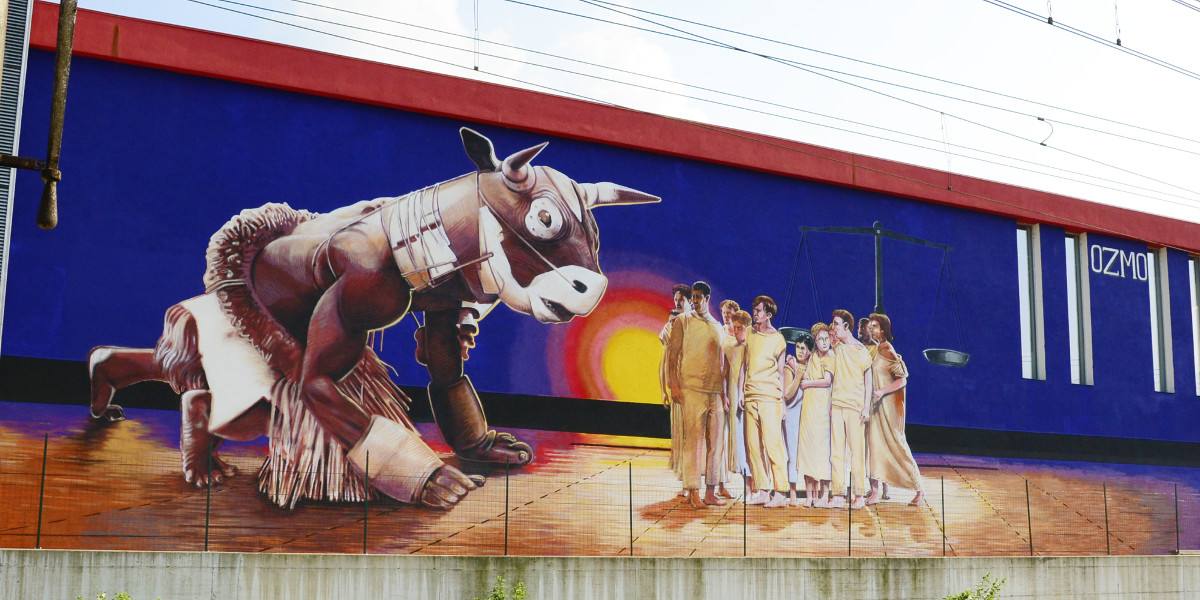 28m long and 10m tall, the Minotaur mural depicts a big Minotaur threatening a group of people. These people can be either seen as the honest and terrified community, or an indifferent, possibly silent-accomplices of the oppressor. Ozmo took the image of the Minotaur from an ancient rite of Guinea Bissau, a country in west Africa. This fact gives the mural a possible double meaning - it can be seen as a racist reaction from the people, isolating the different one. The Minotaur and the crowd are both the victim and the oppressor, depending on a different perspective.

Ozmo's mural Minotaur is realized in a collaboration with the Alternative Karming Association, and with the biggest association in Italy against the mafias, called Libera.