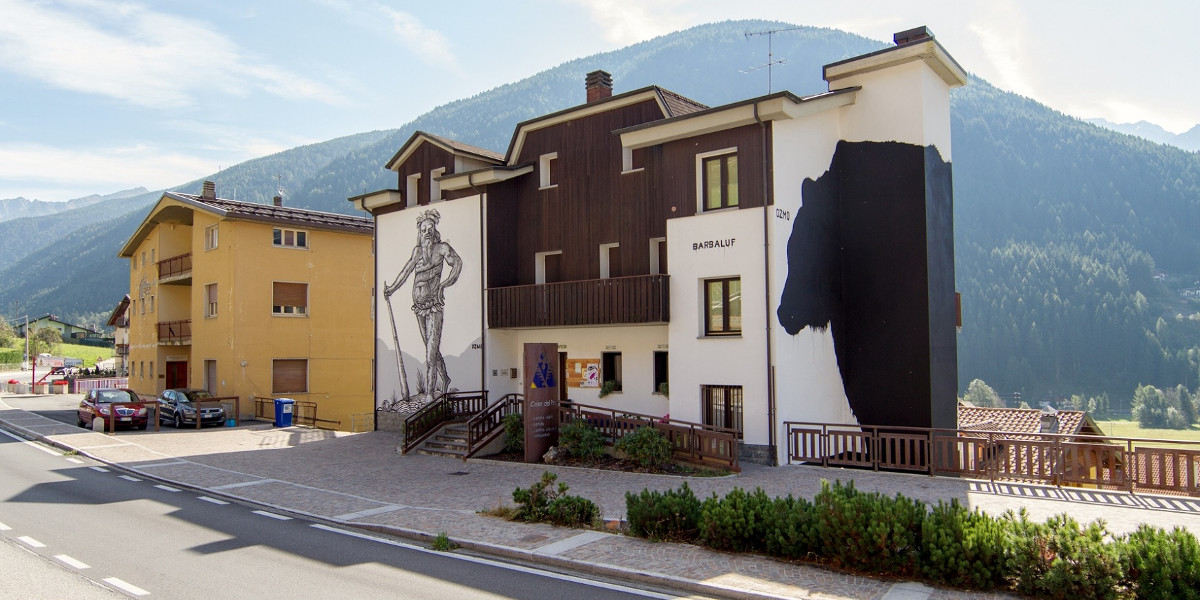 Ozmo worked on the walls of Casa del Parco, an environmental education center with an information point and a Nature Museum. “The Barbaluf or Wild Man or Saint Glisente or Saint Onofrio or Prehistoric Man” questions us on our imagery and on our relationship with Nature through gigantism and elements that allude to Camunian history, legends and myths. The majestic silhouette of the she-bear reminds us of the animal's return to the Valley, the human being depicted on the facade the Wild Man. He is the protagonist of the collective imagery of the entire Alpine range and in Camoninca Valley he is called "the Barbaluf". Hermit and lonely he is considered the initiator of the core tasks for micro-economies such as farming, beekeeping, dairy art, the art of extraction and processing of metals. The mural was executed during the second edition of Wall in Art (which was realized under Ozmo’s artistic directions), along with 2501 and Gaia.