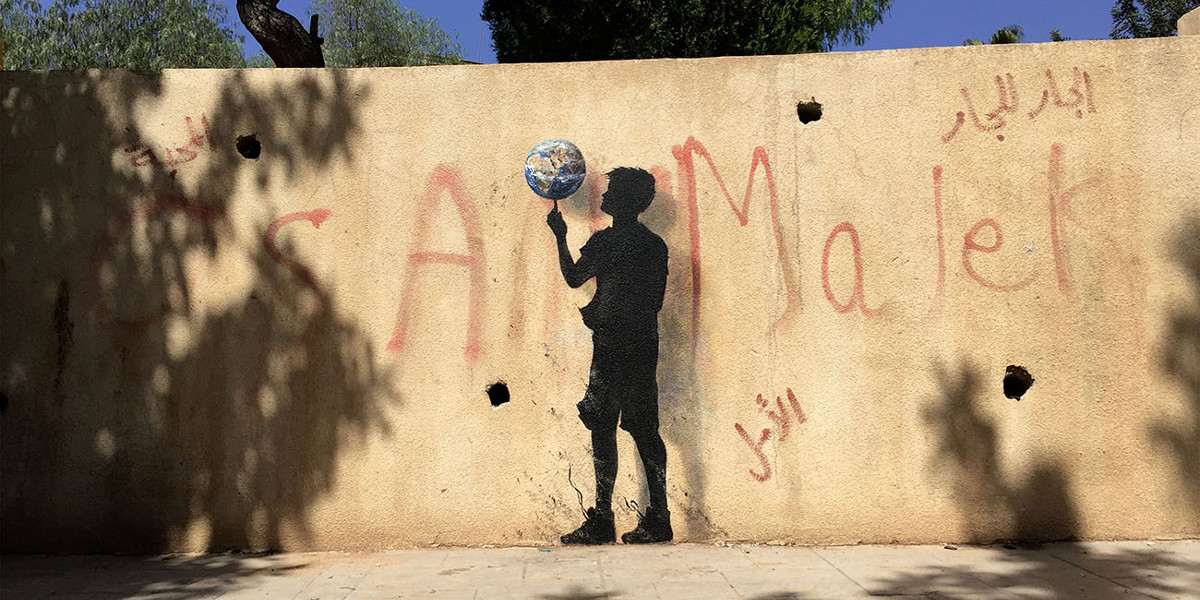 Pejac created a mural in the bohemian and popular neighborhood of Jabal Al-Weibdeh in Amman. It is located in between a playground and the impressive Rey Abdullah I Mosque. Of this piece's meaning, Pejac spoke: On the one hand, I’m talking about Jordan, a country that has a long history of hospitality towards refugees. Today, for example, there are over 1.6 million Syrian refugees and over 2 million Palestine refugees in Jordan. On the other hand, without knowing it, a big part of Jordan’s population and its future is being determined by, is in the hands of, the kids.

All Murals by Pejac