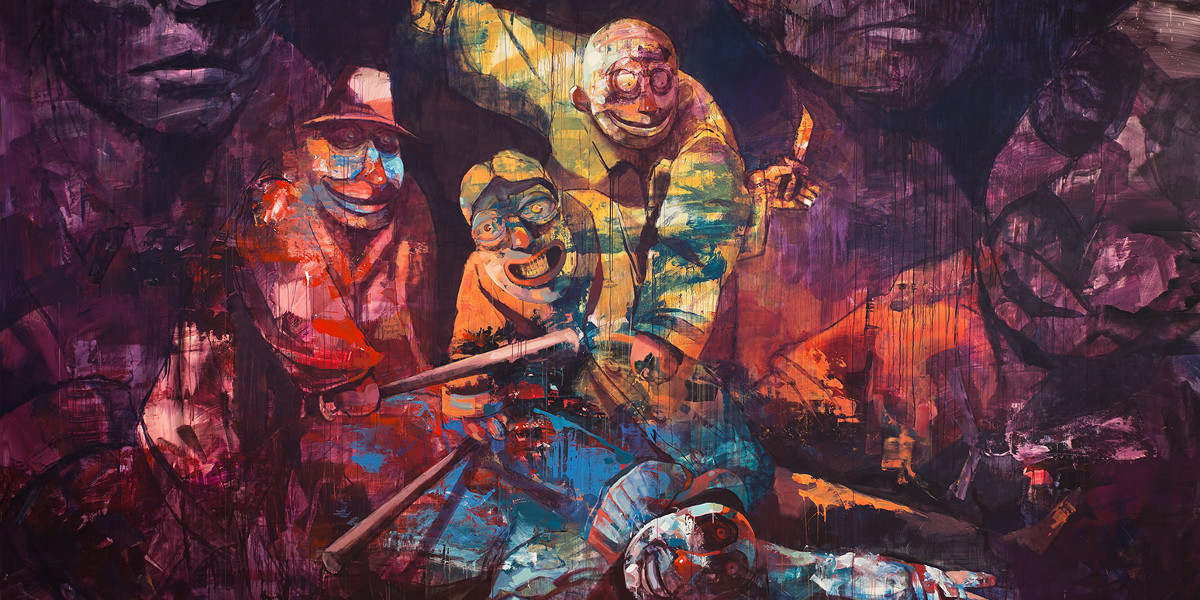 The Chains of Free Thought

During Artmossphere, the 2nd International Urban Art Biennale in Moscow, Sepe painted this magnificent piece, titled Invisible Walls. Contemplating the modern days, the artist has realized that the most powerful and dangerous invisible walls are ideological systems. Within their borders, the clear process of segregation is happening. No free thought, self-reliance, autonomy, individuality, or any sort of otherness is tolerated. We all swear our complete obedience and allegiance to just one point of view. To just one way of thinking. To the one and only truth. Forged into a proper propaganda, ideology becomes a great tool of manipulation and control in hands of all kind of leaders and politicians playing their own game. Once seeded, it grows and grows in vector’s mind, until it become rooted so strongly that its carrier takes it as his own holy truth and is now ready to kill and die for it. The only thing the leader needs to do now to achieve his own goals is to create and point at the enemy. To point at the one who endangers the holy truth.

All Murals by Sepe