The World Cup started! We would like to take the chance to show you in the next weeks the most interessting collaborations between Street Art and Football. Starting with Os Gemeos and their Boeing 737 for team Brazil’s FIFA world cup.

Brazilian artist twins os gemeos have recently painted on an extraordinary scale, tagging the entire facade of a Boeing 737, which will transport the brazilian national football team from city to city during the 2014 FIFA world cup. Dozens of portraits, meant to represent the people of the brazilian culture, are rendered in artists’ signature style: elongated faces, quirky outfits, colorful skin and animated expressions. 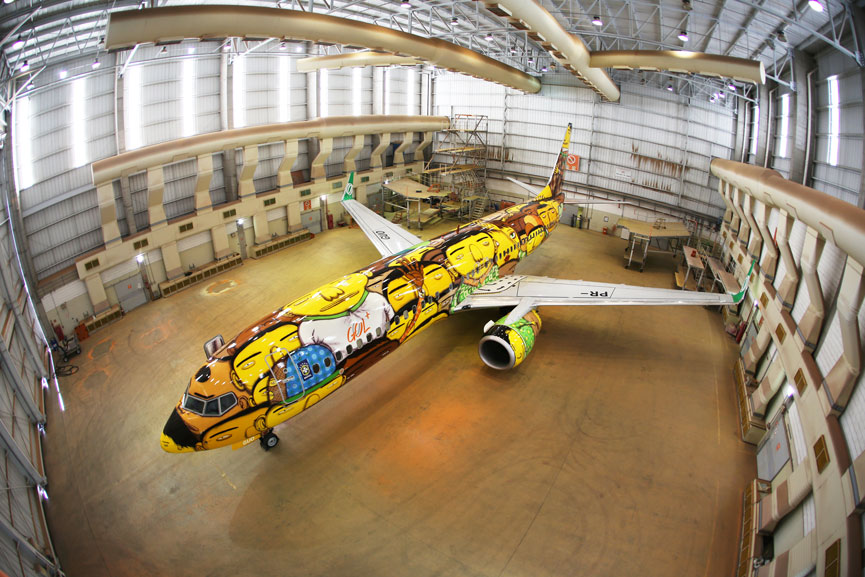 From the tail to nose and the engines, the jet’s technological details and equipment are covered in the vibrant design, wrapping around the massive structure. With an airplane hangar as an art studio, the duo completed the the plane piece throughout a week-long process, using about 1200 cans of spray. You can see more images and the Video at UOL, which has documented the painstaking process and spectacular result. 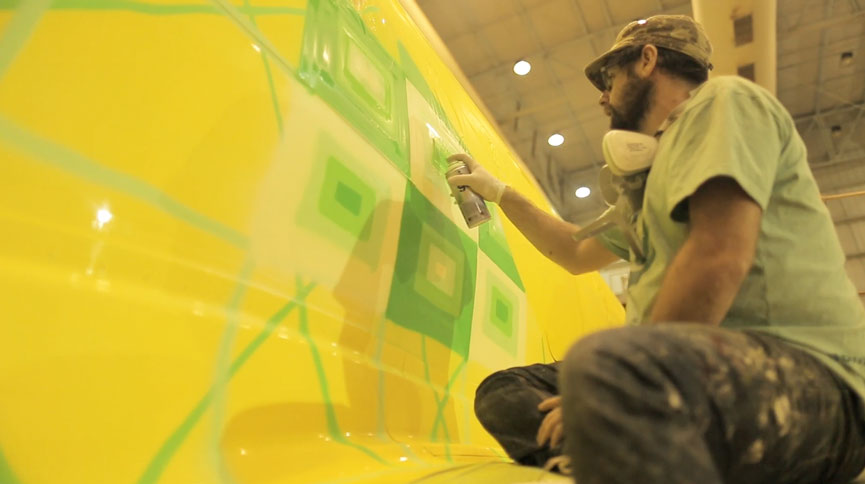