Los Angeles, California’s, New Image Art began in 1994 as an underground art experiment, showing performance art, sculpture and painting. Gradually, the gallery narrowed its focus down to skate and surf-influenced art, as well as fine art and since then, the gallery has grown to attract a global cult following, grabbing the interest of art lovers and collectors worldwide. New Image Art specializes in finding young artists early in their careers and giving them the space to grow. After nearly two decades, the gallery continues to show the works of established and emerging artists coming out of the street, skate, fine art and surf worlds. Over the years, the gallery has launched or mobilized the careers of Shepard Fairey, Ed Templeton, Jo Jackson, Chris Johanson, Rebecca Westcott, Retna, Neck Face, Cleon Peterson, Faile, Tauba Auerbach, The Date Farmers, and Bäst just to name a few.

Marsea Goldberg, director of New Image Art has curated numerous museum shows, such as “The Art of Skateboarding” (2003) along with Rich Jacobs and Brenda LaBier at the Virginia Beach Museum of Contemporary Art, and most recently “All In For The 99%” at the ACE Museum (2012) with over 100 participating artists. New Image Art’s show “Burning House” (2007) with Faile, Swoon and David Ellis traveled to the Museum Het Domein in Sittard, Holland. 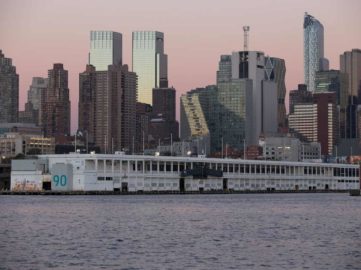 One of the most exciting art events in the city, VOLTA NY is celebrating its decade edition as a solo-focused international contemporary art fair. 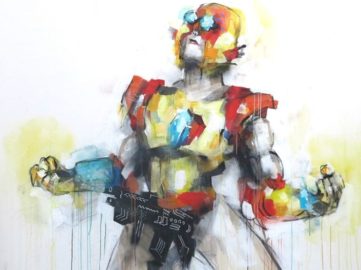 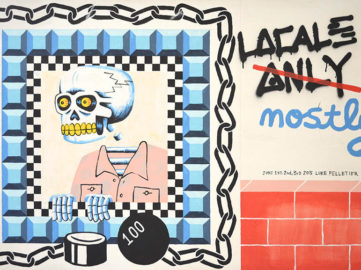 Luke Pelletier will present his newest body of work at New Image Art Gallery in LA in the following days, in the exhibition titled Tourist Seizin’.