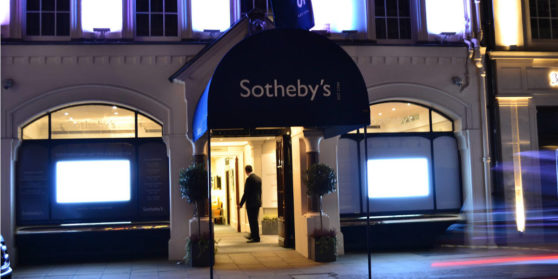 Since Samuel Baker founded Sotheby’s in London in 1744, the company has occupied only two primary locations: the Strand, where we were until 1917, and 34-35 New Bond Street, where we have been ever since. Located in the heart of London’s Mayfair district, Sotheby’s auctions offer an extraordinary diversity of objects and works of art from Impressionist & Modern Art and Contemporary Art to Old Master Paintings, 19th Century European Art and Islamic Art, as well as Decorative Art from porcelain and silver to French & English furniture amongst many others.

Sotheby’s London has been the wellspring of numerous watershed moments in auction history such as the 1958 sale of the Goldschmidt Collection, an Evening sale of Impressionist & Modern Art that established the gold standard for Impressionist & Modern Art and Contemporary Art. In recent years, our sales in these categories have increased dramatically with a new benchmark established in February 2010 when Alberto Giacometti’s L’Homme Qui Marche I achieved $104.3 million, the auction record for any work of art at the time of sale and the current record for any sculpture at auction. Other notable sales include the 2012 auction of Joan Miró’s Peinture (Étoile Bleue), which achieved £23.5 million and works from the collection of legendary art collector Gunter Sachs, which totaled $130 million during June sales. Similar high-profile auctions continue to attract an international audience, including the Attic Sale at Chatsworth, the Robert Devereux Collection and the annual selling exhibition Beyond Limits at Chatsworth House, the ancestral home of the Dukes of Devonshire. 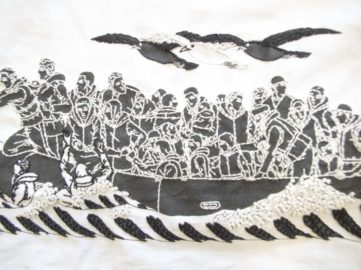 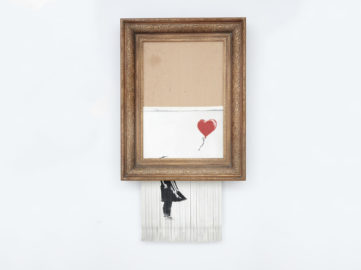 Girl with Balloon becomes Love is in the Bin and sells to its buyers as a brand new work of art, created by Banksy live at Sotheby's auction last week. 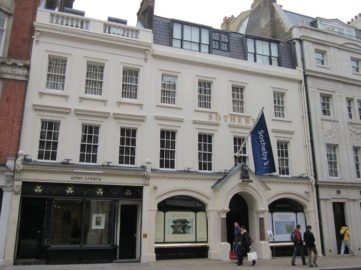 Porters at Sotheby's crushed a 100,000 dollar painting by British artist Lucian Freud after they've mistaken it for an empty travel package.